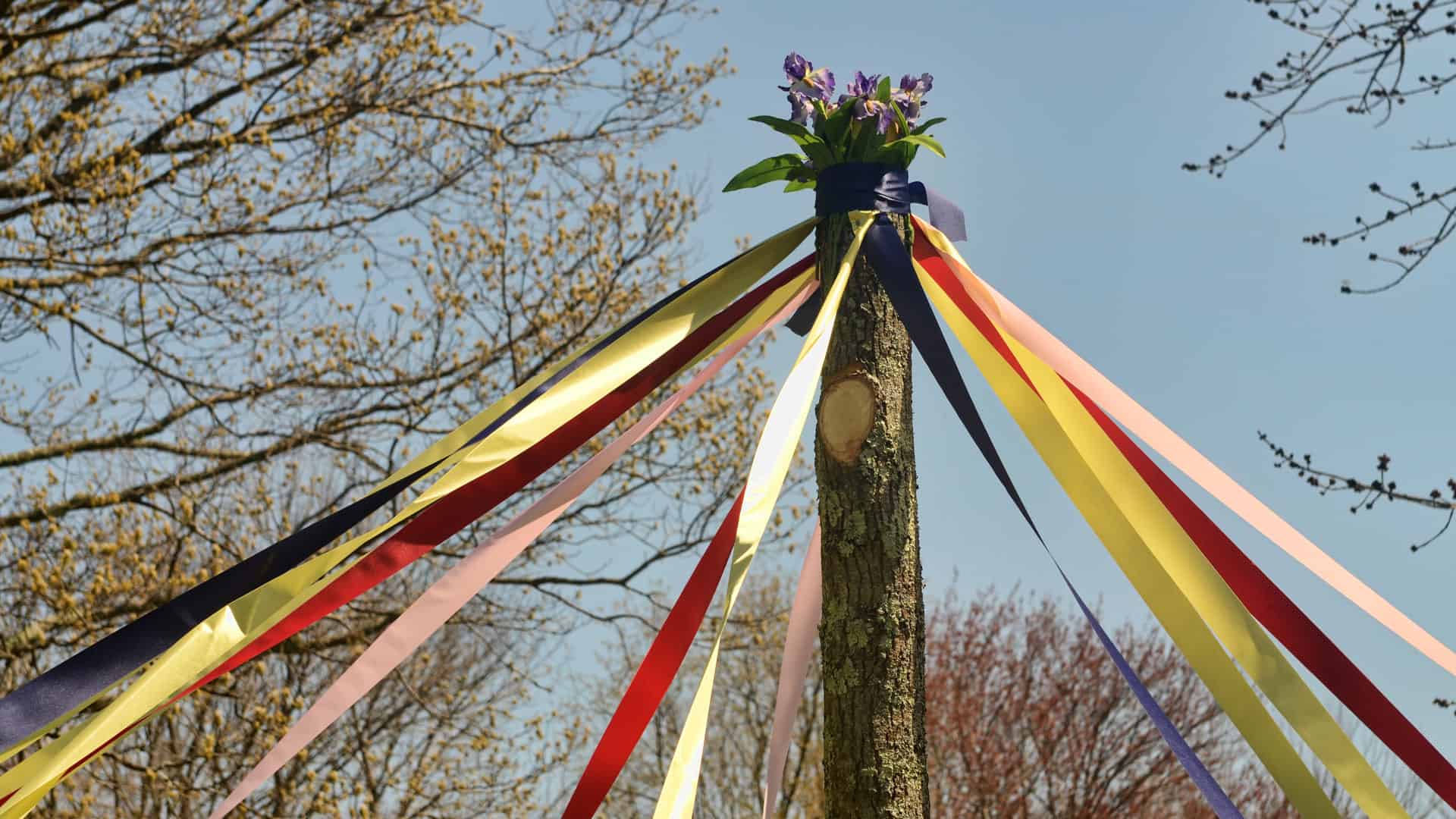 There are two bank holidays in May which have distinctly different origins: the Early May Bank Holiday, occasionally referred to as May Day, and the later Spring Bank Holiday. Scroll down to see more on May traditions and events.

Click here for a full list of bank holidays in the UK and an all-you-can-eat history of their origin.

When is Early May Bank Holiday?

Origins of the Early May Bank Holiday

The origins of an early May holiday tradition lie firmly in pagan or pre-Christian traditions which were heavily influenced by astrology, the sun, the moon and the stars, and therefore the seasons.

British winters can be pretty harsh so the change in weather, and lighter and longer evenings came as a huge welcome and it was no surprise that May became a time for revelry, fertility and community fêtes.

February 1st marked the first day of spring, May 1st the first day of summer and late June (now 21st) the summer solstice. The time of year was also associated with the Gaelic Beltane on 30 April, and festivities held during the pagan Anglo Saxon month of Three Milkings.

According to EarthSky.org the traditional early May festival is “an astronomical holiday, one of the year’s four cross-quarter days, or day that falls more or less midway between an equinox and solstice – in this case the March equinox and June solstice … May Day also stems from the Celtic festival of Beltane, which was related to the waxing power of the sun as we move closer to summer. At Beltane, people lit fires through which livestock were driven and around which people danced, moving in the same direction that the sun crosses the sky”.

Popular traditions included maypoles and maypole dancing, Morris dancing, Jack in the Green, and the crowning on the May Queen. Many of these traditions survive to this day but are now seen as quirky British customs. The video below is a great illustration of a Morris dance performed at the annual Winster Wakes Carnival.

The first official bank holidays though were implemented in 1871 with the Bank Holidays Act which stipulated Whit Monday as the (only) May bank holiday in England, Wales and Ireland, and the first Monday in May in Scotland – Whit Monday being the day after Whit Sunday (Pentecost) which in turn is the seventh Sunday after Easter when Jesus descended to earth to his disciples.

The Celtic Beltane origins perhaps indicate why the Scots maintained the first Monday in May, but it wasn’t until 1978 with an amendment to the 1971 Banking and Financial Dealings Act that the first Monday of the month became a bank holiday in the rest of the UK.

When is Late Spring Bank Holiday?

The origins of this holiday are not quite as colourful or in rhythm with the seasons as the Early May Bank Holiday and stem from the Banking and Financial Dealings Act of 1971, which was itself a timely revision of the Bank Holidays Act some 100 years earlier. This Act moved the Whit Monday holiday to the last Monday in May in England, Wales and Northern Ireland.

In 1978 the amendment to the 1971 Act also granted a late Spring Bank Holiday to Scotland.

Click here to learn more about the evolution of UK bank holidays.