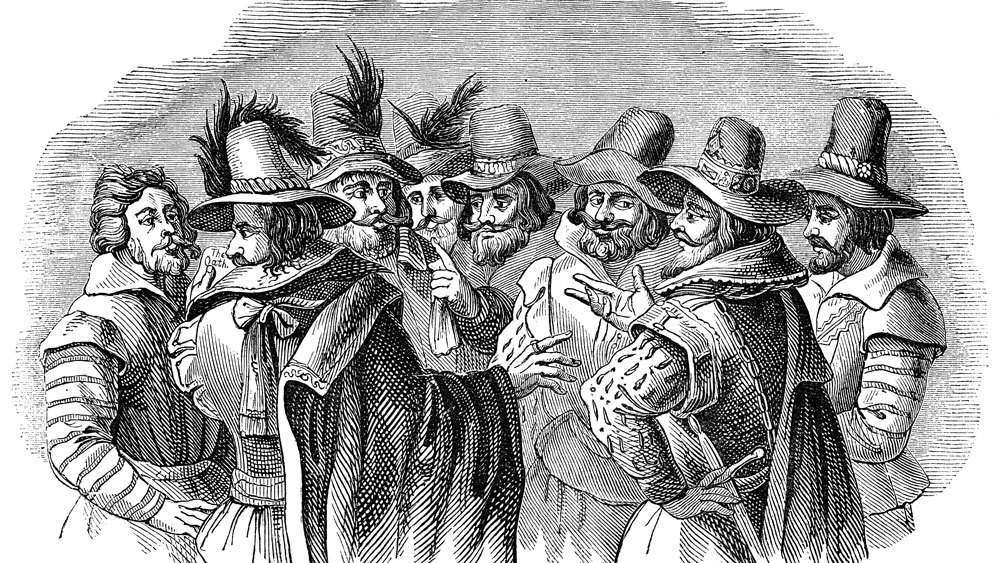 What is Guy Fawkes Night?

Guy Fawkes Night is also known as Bonfire Night or, less commonly, Fireworks Night. It commemorates the failure of the Gunpowder Plot of 1605, which aimed to blow up the Houses of Parliament in England. The day is named after one of the conspirators, Guy Fawkes, and is celebrated every year on the 5th of November.

The History of Guy Fawkes Night

In 1603, King James I succeeded Queen Elizabeth I as the ruler of England. Queen Elizabeth I was famously a Protestant who outlawed Catholicism. Catholics were hoping for greater religious tolerance under King James I, whose own mother was Catholic. When this was refused, a small group of conspirators decided to blow up the Palace of Westminster during the state opening of Parliament. They intended to kill the king and members of Parliament to pave way for a Catholic uprising.

The plan was supposed to be carried out on the 5th of November 1605. It was foiled by an anonymous letter, and on the night before the attack, Guy Fawkes was discovered in the House of Lords guarding 36 barrels of explosives. He was arrested and tortured until he confessed.

In 1606, the British Parliament passed the 5th November Act which established an annual day of thanksgiving, and the celebrations took place the next year. Over 100 pounds of gunpowder and 14 pounds of matches were used to create an enormous bonfire, representing the explosion that never happened.

A famous traditional English folk verse dating back to the 18th century commemorates the events of the Gunpowder Plot. It begins:

Around the country, major celebrations are held on or around the 5th of November. Traditionally, a bonfire is lit with a straw effigy on top, known as a “Guy.” Other celebrations include fireworks, parades, and food and drinks.

Lewes hosts the most famous Bonfire Night celebrations, involving several fireworks displays put on by the town’s six historical bonfire societies and the burning of effigies representing public figures. Other major events include a beer festival in London, and carrying flaming tar barrels in Devon, and fireworks festivals in every major city.

Many official celebrations were cancelled in 2020 and have yet to be announced for 2021.