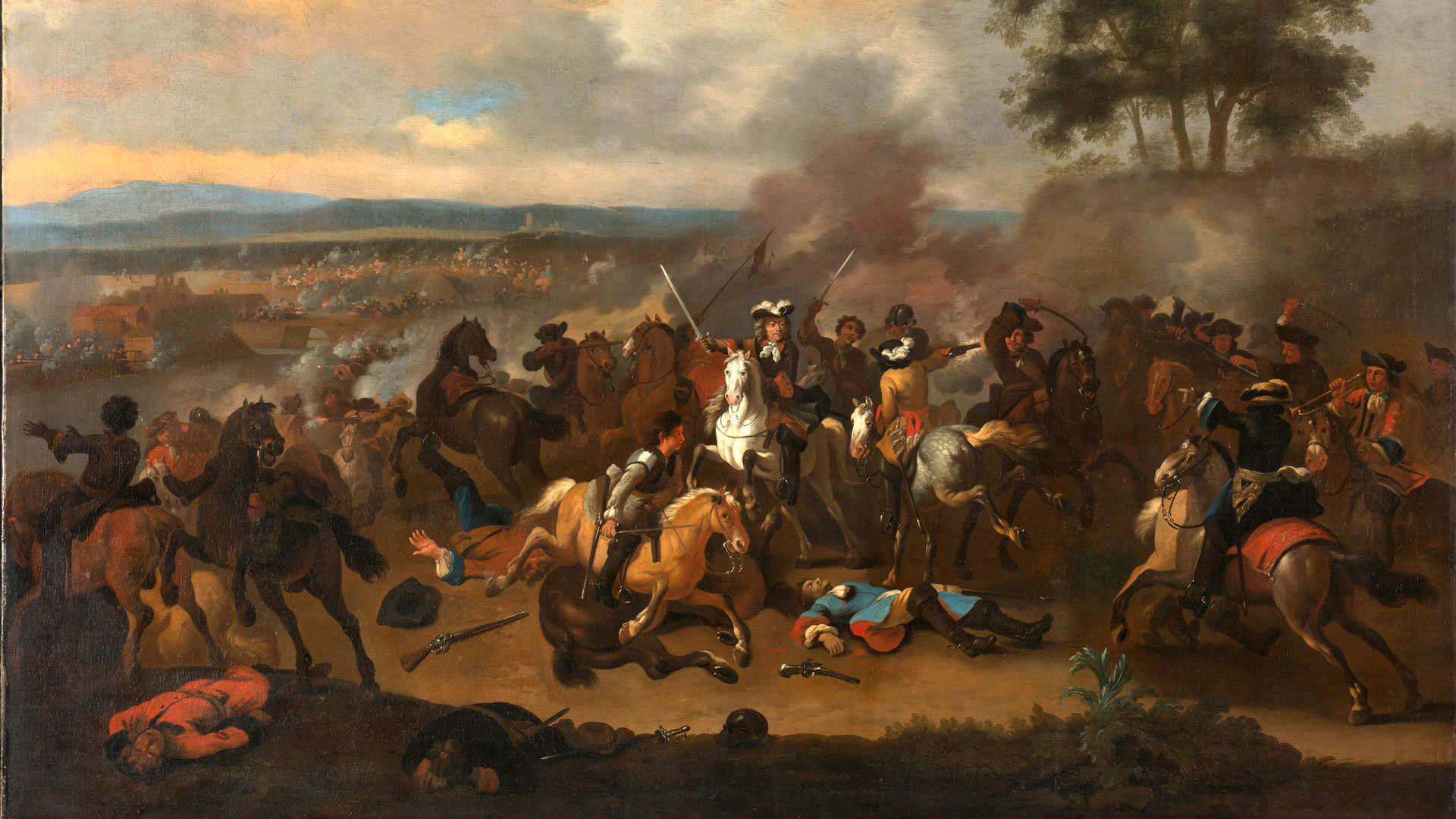 What is the Battle of the Boyne or Orangeman’s Day?

On 12 July every year, the protestants of Northern Ireland march to commemorate the Battle of the Boyne and the victory of protestant King William of Orange over King Catholic James.

Also known as “the Twelfth” it is a bank (or public) holiday in Northern Ireland.

The Battle of the Boyne itself was fought on 1 July 1690 between the Jacobite (Catholic) forces of the deposed King James (II of England, VII of Scotland, brother of Charles II) and William of Orange, William III.

The background to the battle starts with the turbulent events in England following King Henry VIII’s split from the Roman Catholic Church and the adoption of Protestantism as the main religion of England. The English civil war (1642–51) led to the strict Protestant rule of Oliver Cromwell when much wealth was stripped from Irish Catholics and English Protestants were encouraged to move to Ireland in a further bid to dilute Catholic influence.

Charles II was finally returned to the throne in 1660 and began to side with Catholic France against Protestant Holland.

Catholics, and in particular Irish Catholics, looked forward to a brighter future. This hope was further enhanced by Charles, who in exchange for financial assistance from France, agreed to privately convert to Catholicism and devote a number of English warships to King Louis XIV’s war effort against the Dutch. When James, an openly practicing Catholic, took the throne in 1685, it must have seemed like all would be plain sailing for Catholics in England and Ireland.

And James did indeed enact various military reforms in Ireland designed to remove the power of the Protestant incomers, but he was not a young man when he took the throne, and he was also childless.

His heir, in the event he died without issue, was Mary, his niece who was married to William of Orange in 1677. The Netherlands joined the League of Augsburg in 1686 alongside a number of Catholic powers, with the aim of preventing King Louis XIV of France’s expansionist tendencies (backed by the English navy) from growing any further.

When James’ wife bore him a son in 1688, William (and Mary) saw the English throne begin to disappear from view. But doubts were raised about the child’s legitimacy, so William raised a band of Dutchmen to his (orange) banner and set sail for England, entering a London which James had quietly slipped away from. William and Mary were jointly crowned in April 1689.

The Catholics in Ireland began to unite behind the absent James, who hatched a plan to seize back the throne, landing in Ireland with soldiers and financial backing from France.

Thus began a series of battles and skirmishes between Catholics and Protestants which continued throughout 1689.

In March 1690 James’ army was reinforced by 6,000 French fighters and William petitioned the English parliament for funds to put down the rebellion. Realising it was vital to protect a badly fortified Dublin, he instructed his troops to set up camp on the southern banks of the Boyne River, 25 miles north of Dublin.

On July 1st 1690 William’s forces began to mobilise against James’ troops who were outnumbered and out gunned. James himself returned to France but his army remained and continued to cause William problems until the 1691 Treaty of Limerick which outlined how Catholics would be treated in an Ireland ruled by a Protestant monarch.

Is the Battle of the Boyne (Orangeman’s Day) a Bank Holiday?

Orangemen’s Day, or the Glorious Twelfth, is a bank holiday in Northern Ireland and (for Protestants at least) is marked as a great celebration of the beginning of the ascendancy of Protestantism in the country.

To be honest, the actual date is not straightforward – the battle didn’t end on 12 July – so I shall quote Wikipedia on this one:

“Originally, the 12 July commemoration was that of the Battle of Aughrim, symbolising Irish Protestants’ victory in the Williamite war in Ireland. At Aughrim, which took place a year after the Boyne, the Jacobite army was destroyed, deciding the war in the Williamites’ favour. The Boyne, which, in the old Julian calendar, took place on 1 July O.S., was treated as less important, third after Aughrim and the anniversary of the Irish Rebellion of 1641 on 23 October O.S.

“In 1752, the Gregorian calendar was also adopted in Ireland. However, even after this date, “The Twelfth” continued to be commemorated at Aughrim, on 12 July NS, following the usual historical convention of commemorating events of that period within Great Britain and Ireland by mapping the Julian date directly onto the modern Gregorian calendar date (as happens for example with Guy Fawkes Night on 5 November). But, after the Orange Order was founded in 1795 amid sectarian violence in County Armagh, the two events were combined in the late 18th century.”