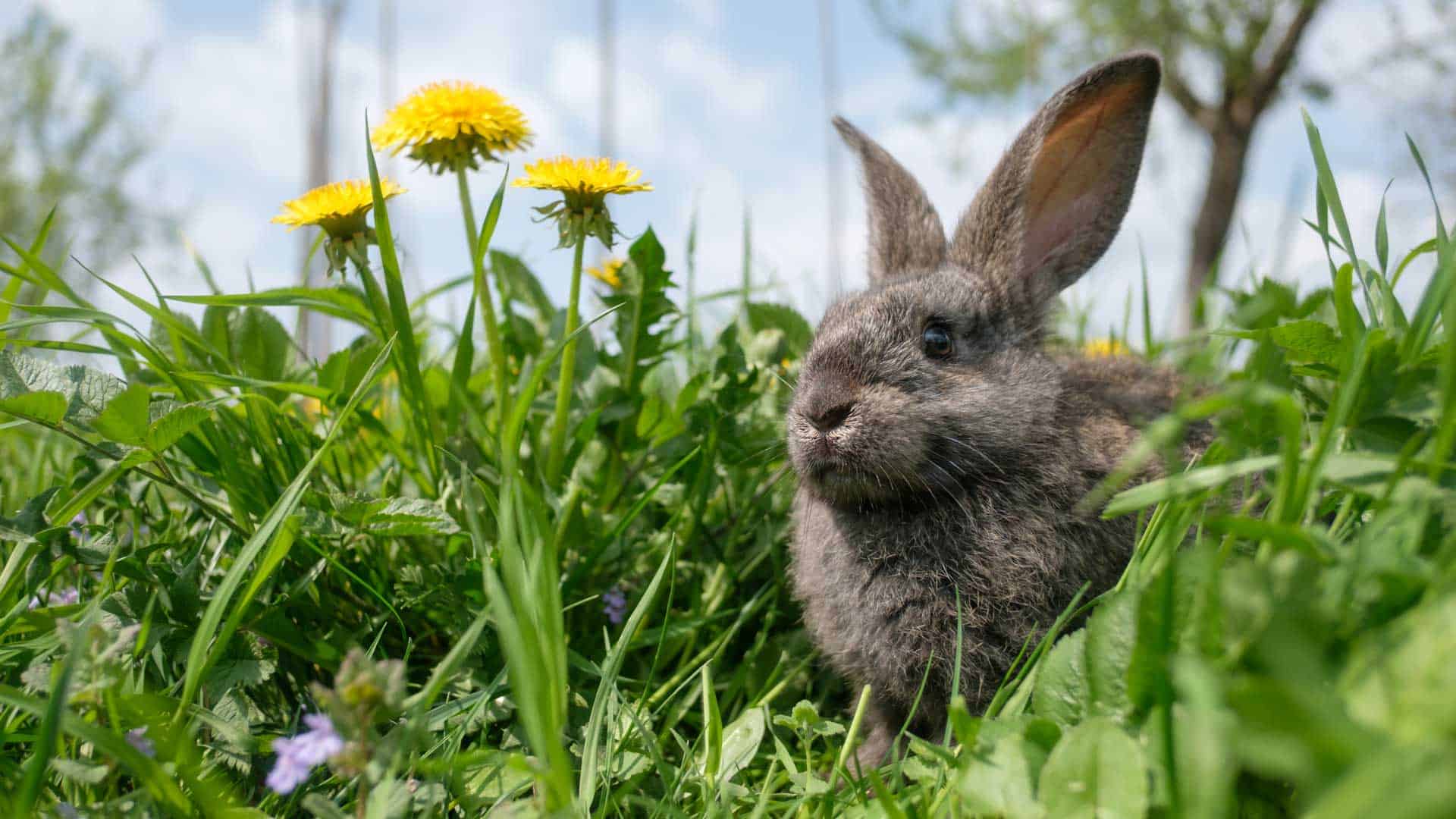 What is Rabbit Awareness Week?

Rabbit Awareness Week is an annual campaign typically in June in the UK aimed at encouraging us to take better care of our fluffy friends, improve their welfare, and educate us about their needs and illnesses.

The 2021 event hops back into action on Monday-Sunday, 28 June-4 July and celebrates its 15th year in action. This year embraces the theme ‘Hopping through the years’ dedicated to improving rabbit care throughout their lifetime “Following rabbits, from baby bunnies to golden oldies, we’ll be exploring ways to support your rabbits throughout their lives.” The 2020 event was a whole two weeks long.

Initiated in 2007 the campaign is run by Burgess Pet Care and supported by a number of major animal welfare organisations such as the RSPCA, PDSA and Blue Cross and has become the largest rabbit welfare campaign in the UK.

The organisers encourage participants from across vet practices, to retailers, rescue centres and owners to request a RAW pack which provides a wide range of marketing materials to download including bunting and posters or encouraging rabbit owners to take their pets for an MOT. The RSPCA also holds a Rabbit Q&A.

Each year has a theme. In 2017 it was the importance of hay as a food; in 2018 it was asking people to stop feeding them muesli; and 2019 it was “Protect and Prevent” to promote the use of vaccinations, especially with regard to Rabbit Viral Haemorrhagic Disease 2 (RVHD2). The 2019 campaign was so successful the organisers recorded at rise of 56% in RVHD2 vaccines being sold into vet practices and it won gold at the PetQuip awards 2019 for marketing project of the year.

Rabbits also have welfare needs which are enshrined in UK law. These include the correct diet (mainly hay!), companionship (rabbits are very sociable animals), environment (a nice large hutch which includes and area to run and play as well as sleep), health (rabbits need regular check ups), and behaviour (rabbits need to be able to express themselves).

To keep your rabbit healthy, the RSPCA advises:

“Rabbits need vaccinating against myxomatosis and RHD as well as against RHD2. To keep your rabbits happy and healthy they also need to be neutered and microchipped. As rabbits’ teeth grow continuously your pets teeth should be checked weekly for any abnormalities.”

The PDSA’s statistics paint an overall picture of rabbits and their conditions:

What Do Rabbits Eat and Drink?

Just like any living animal, rabbits need to be cared for – don’t let their cute, fluffy appearance fool you. The food they eat and liquids they drink all have an important impact on their wellbeing.

To us humans, rabbits have a fairly mundane diet, the poor little things. Consisting largely of hay, the pet rabbit should eat approximately its own body size of hay every day:

Why do Rabbits Thump the Ground?

Rabbits thump the ground as a sign of imminent danger, and on occasions as a sign of disapproval. Quoting the RSPCA:

“Rabbits stand on all four feet, sometimes in a tip-toe position, with their ears alert, then lift their rear feet and thump to warn other rabbits in the warren that there is danger. Some rabbits will thump one foot on the ground, some will thump both hind feet at the same time. Rabbits aren’t very vocal so thumping is an important way of communicating. They may remain in the thumping posture until convinced that the danger is gone. The length of time between thumps can vary from a few seconds to a couple of minutes and may last an extended period of time (even an hour or more).”

What is a Rabbit Binky?

Well, as it turns out a rabbit binky is a rabbit’s way of expressing his or her happiness and delight.

When you see a rabbit jumping and twisting for no apparent reason, quite possibly with a 180-degree turn in mid-air, it’s a sign he’s happy. A half-binky is more of a head flick.

Did you know there are more than 60 domestic rabbit breeds making it more than difficult to cover each one here, so I’ll just name a few so as not to be overwhelmed by cuteness. The six most popular rabbit breeds in the UK are:

Why is the Rabbit Associated with Easter?

The origin of the Easter Bunny is not entirely clear.

One legend has it that rabbits – or bunnies to be more precise – are associated with Easter after a German legend that the Easter Hare would bring gifts and toys to children. Whether the kids received the gifts was dependent on if they’d been good or bad, in much the same way as Christmas gifts and Santa Claus.

It also seems likely the tradition is associated with the pagan tradition of Eostre whose animal symbol was a hare. Given a rabbit’s capacious ability to procreate (!) it became a symbol of birth and fertility. The death and resurrection of Christ is perhaps an apt time to associate the two, along with the Easter egg.

There are oodles and oodles of famous rabbits and bunnies. Here are just a few I’ve picked out in no particular order (just to make sure the Playboy Bunny didn’t come out on top …):

The number of rabbits kept as pets in the UK ebbs and flows. According to the PDSA, in millions:

Quoting the PFMA and YouGov, Finder.com provides statistics from where people get their rabbits:

[This post is in loving memory of Sooty and Sandy, our two rabbits when we were young.]