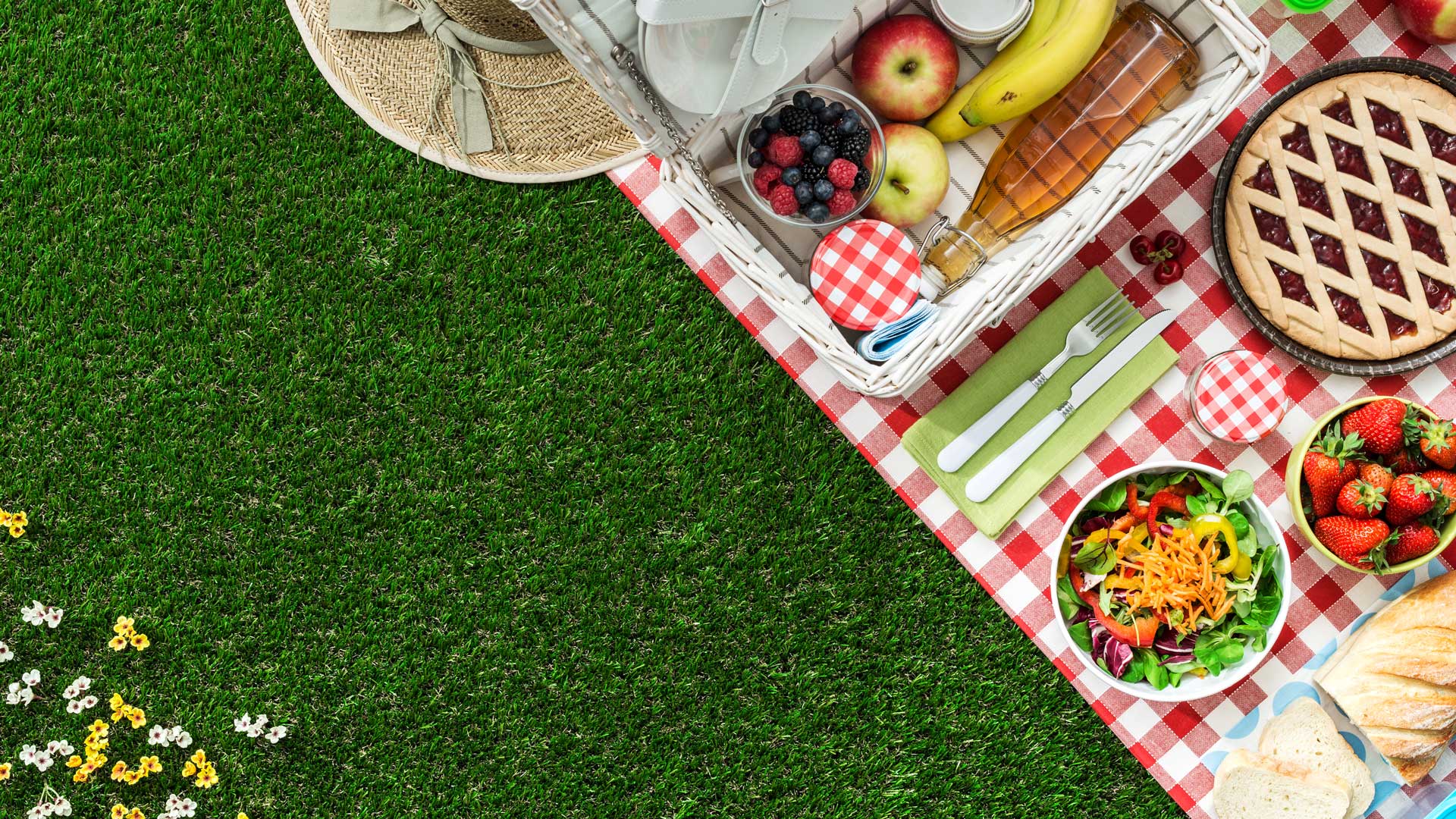 What is National Picnic Week?

National Picnic Week is an annual event in the UK held in the last week in June every year since around 2010 and celebrates everything there is about the great tradition of picnicking. This year dates are Saturday-Sunday, 19-27 June 2021.

What might appear to be ostensibly a British tradition its origins are possibly born in France in the early 17th century. Read on to find out more.

“There are few things so pleasant as a picnic eaten in perfect comfort.”

What is the Origin of the Word ‘Picnic’?

There are various thoughts on the etymology of the word picnic.

Most people consider the term to be a derivation of the French ‘piquer’ (to pick, peck or nab) and ‘niquer’ (something of little importance) though not everyone agrees.

Many state that the pique-nique, as the French called it, was first used in 1692 and it described a get-together of people in a restaurant with each bringing their own wine. The concept was that everyone contributed to the event. Importantly, it was an indoor meal – distinctive from the outdoor affair it has become today and popularised by the British in the 19th century.

Walter Levy in his book The Picnic: A History however points out that picnic-like events took place in the writings of Ovid, Plutarch and Seneca and an early mention can be traced to the 1649 script which features the Frères Pique-nicques, known for visiting friends “armed with bottles and dishes.”

So, the habit of a group of friends meeting for a meal to which everyone contributes a dish (or bottle) has been common for centuries but the attachment and association of the word picnic or pique-nique seems to come somewhat later.

The French Revolution however put paid to what had become a French aristocratic event but after post-revolution France saw it return with great gusto.

Wikipedia states that “Picnicking was common in France after the French Revolution, when it became possible for ordinary people to visit and mingle in the country’s royal parks. In 18th and 19th centuries, picnics were elaborate social events with complex meals and fancy drinks that sometimes took days to prepare.”

However, the Revolution had meant many of the French middle and upper classes had fled to Britain and in doing do introduced the concept.

History Today details its development in the UK. To summarise, the aristocratic French created the Pic-Nic Society in London in 1801 (some say 1802) which became rather boozy and raucous affairs. Amateur dramatics was an important component of the evening. So popular did they become they attracted audiences from the established theatres which in turn drew the ire of the press and politicians who had them shut down.

However, picnics were becoming more popular with the aspirational British middle classes. As Levy states, their popularity grew in Britain in the 1800s after a group of Francophiles formed the Pic-Nic Society and as the century drew on chroniclers would write about the picnickers who staged their meals in pastoral locations almost like a theatre set.

PicnicWit.com has a lot more anecdotes, quotes and tales on the history of picnics.

What is a Picnic and What Does it Include?

A picnic is a meal taken outdoors (al fresco) as part of an excursion – ideally in scenic surroundings, such as a park, lakeside, or other place affording an interesting view, or else in conjunction with a public event such as preceding an open-air theatre performance, and usually in summer.

I’d also add it tends to involve cold, or pre-cooked, food which eliminates the need for preparation in situ. Modern flasks are often used to keep tea, coffee and soup warm but I don’t recall sparking up a gas stove or starting a fire (more akin to barbequing or camping), opening up a tin of beans to cook or any food that involved the slightest degree of reheating.

Hence, you typically wouldn’t see people having a picnic in winter or in pouring rain (unless plans have gone completely awry which is not uncommon in the British summer time!) and you wouldn’t call a camp fire a picnic either, nor a barbeque.

How many people can be at a picnic? As many as you like. A romantic meal for two feeding each other strawberries and perhaps a roll in the hay a little later or even hundreds of thousands as in France where so time-honoured is the tradition of picnicking that in the year 2,000 a 600-mile long picnic took place to celebrate Bastille Day of the new millennium!

Here are a couple of videos to whet your appetites:

Mrs. Beeton’s famous Book of Household Management details what one should take to a picnic. Highly prescriptive the details of the Bill of Fare for a Picnic of 40 Persons is so well considered, calculated and documented I’ll write it out in full below:

“Stewed fruit well sweetened, and put into glass bottles, well-corked; 3 or 4 dozen pastry biscuits to eat with the stewed fruit, 2 dozen fruit turnovers, 4 dozen cheesecakes, 2 cold cabinet pudding in moulds, 2 blancmanges in moulds, a few jam puffs, 1 large cold plum-pudding, (this must be good), a few baskets of fresh fruit, 3 dozen plain biscuits, a piece of cheese, 6 lbs. of butter (this of course, includes the butter for tea), 4 quartern loaves of household bread, 3 dozen rolls, 6 loaves of tin bread (for tea), 2 plain plum cakes, 2 pound cakes, 2 sponge cakes, a tin of mixed biscuits, ½ lb. of tra. Coffee is not suitable for a picnic, being difficult to make.”

Clearly, she wasn’t a fan of cheese (just a piece) but loved cheesecakes (4 dozen!).

She continues her advice with Things not to be forgotten at a Picnic:

“A stick of horseradish, a bottle of mint-sauce well corked, a bottle of salad dressing, a bottle of vinegar, made mustard, pepper, salt, good oil, and pounded sugar. If it can be managed, take a little ice. It is scarcely necessary to say that plates, tumbler, wine-glasses, knives, forks, and spoons, must not be forgotten; as also teacups and saucers, 3 or 4 teapots, some lump sugar, and milk, if this last-named article cannot be obtained in the neighbourhood. Take 3 corkscrews.

Beverages – 3 dozen quart bottles of ale, packed in hampers; ginger-beer, soda-water, and lemonade, of each 2 dozen bottles; 6 bottles of sherry, 6 bottles of claret, champagne à discretion, and any other white wine that may be preferred, and 2 bottles of brandy. Water can usually be obtained; so it is useless to take it.

(What she forgets to add are the requirements of a long holiday to prepare it, an army of people to carry it and a small bank loan.)

The popularity of picnics and images they evoke of family, friends and good times have generated an etiquette and culture around it so an article about picnics wouldn’t be complete without a comment on the good old picnic basket or hamper.

The traditional picnic basket tends to be made of woven wicker probably with a checked lining in either blue or red. Cutlery and crockery are secured inside with leather straps and buckles.

Depending on how elaborate the basket there may be a compartment for a bottle of wine, condiments, glasses and other bits and bobs.

There is also a certain competitive edge. As pic-nicking is a public event often in a park, at a concert or on the beach it’s common to see people looking around at what everyone else is eating and the utensils and baggage that accompanies the feast.

For a guide on the ideal picnic basket, Picnic World has some good ideas.

Facts, Figures and Statistics about Picnics