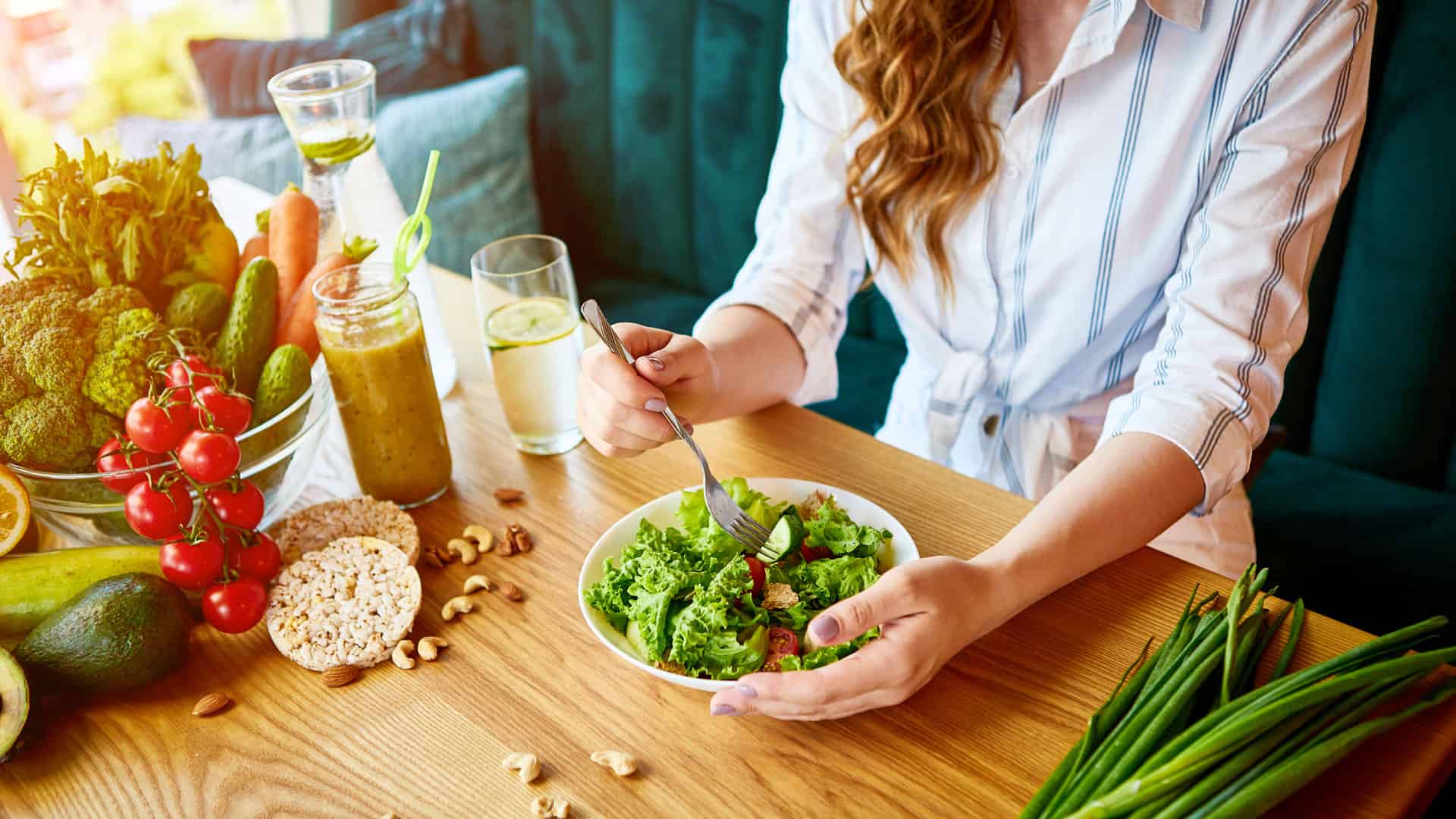 What is Healthy Eating Week?

Healthy Eating Week is an annual campaign run by the British Nutrition Foundation every second week in June that aims to raise awareness amongst nurseries, schools, universities and workplaces about the benefits of healthy eating and drinking in combination with and regular exercise.

A lot of focus is put on education, especially encouraging children to get into healthy eating habits, teaching them the importance of good nutrition, making it fun, and encouraging staff and caterers to get involved in the campaign.

Focus has been made in the past on breakfast, eating your five-a-day, hydration, activity and sleep. The 2019 campaign video can be seen below:

For 2020 the key messages are slightly different:

Downloadable marketing materials have been created including challenges and posters, marketing material information sheets, activity ideas, video clips, online events, and certificates for you to put up, dish out and follow.

What is Healthy Eating?

Healthy eating is critical to our physical and mental health and wellbeing giving your body and organs the right nutrients to work effectively. It means eating the right food and drinking the right liquids to maintain a healthy weight.

Do not forego exercise either. Regular exercise which gets the heart rate pumping is essential to healthy living, burns off excess energy, keeps muscles active and maintains a healthy mental wellbeing.

To this end experts talk of an energy balance where calories consumed need to be burnt off or used in normal bodily processes. When these aren’t used – when we consume more calories than we burn off – we start to gain weight as excess calories are stored as fat.

According to the Eatwell Guide we should:

Use the Eatwell Guide to help you get a balance of healthier and more sustainable food. It shows how much of what you eat overall should come from each food group.

In this video the British Nutrition Foundation explains the Eatwell Guide:

Split into five segments to represent the five food groups as follows:

Regularly consuming foods and drinks high in sugar increases your risk of obesity and tooth decay. Ideally, no more than 5% of the energy we consume should come from free sugars (Any sugar added to food or drink products by the manufacturer, cook or consumer including those naturally found in honey, syrups and unsweetened fruit juice). Currently, children and adults across the UK are consuming 2-3 times that amount.

The problem is many packaged foods and drinks contain surprisingly high amounts of free sugars including some breakfast cereals, yoghurts and fruit juice drinks.

Eating too much salt can raise your blood pressure, which increases your risk of developing heart disease or stroke. And since many people in the UK eat too much salt, that means that lots of people would benefit from cutting down. Adults should eat no more than 6g of salt a day. Children should have even less. 6g of salt is about a teaspoonful. But remember we’re not just talking about the salt you add to your food because most of the salt we eat is already in everyday foods such as bread, breakfast cereal, pasta sauce and soup.

Food labelling (the traffic light system) is a useful way to measure the amount of energy, fate, saturated fat, sugars and salt in our food.

What is Unhealthy Eating?

Well, yes and no. Nutritionists rarely say don’t eat chocolate, have a beer or glass of wine or a bag of crisps though we know they contain large amounts of fats, salts, sugar and the like.

However, if all you ate was fat free chicken, lentils, whole grains, fruits and drank water not only would you be bored stiff you’d probably feel utterly miserable which would have a detrimental impact on your mental health (and you never be off the loo!).

While we all advocate eating well, what then is an unhealthy or unbalanced diet?

“An unbalanced or imbalanced diet is one that consists of either too much or too little protein, fats, carbohydrates, fibre, vitamins, minerals and fluids – the essential components of a healthy and nutritious diet,” says Success Stream.

Foods that contain high amounts of salts, sugars and fats are bad for us especially in large quantities. Typical examples are excesses of alcohol, cakes, sweets, pastries and chocolates.

The important thing is to have a balanced diet and eat ‘unhealthy’ food and drink in moderation. The odd pork pie, scotch egg, portion of fish and chips or hamburger won’t hurt you but eating them regularly and in large amounts can have a detrimental effect on your health over a prolonged period.

The BNF describes foods high in fat, salt and sugars in this video guide:

Problems caused by poor diets are well documented but as this is Healthy Eating Week let’s just recap on some of the most common.

Obesity is caused by poor diet, over-eating and a lack of exercise and is one of the biggest health issues facing Western society today and a growing problem (no pun intended) in developing countries as well. It is also a major cause of many other health problems.

How do you know if you’re obese other thank just looking at yourself in the mirror and asking yourself honestly if you’re a healthy weight?

A traditional measurement of Body Mass Index can tell you if you’re a healthy weight, or not, but isn’t always a good guide to obesity (someone may be very strong, muscular and heavy but not fat – they may be as fit as a fiddle).

Type 2 diabetes is another major health issue affecting the West and often caused by obesity.

As if that wasn’t enough, further diabetic figures show:

Eating a poor diet (and doing little exercise) can also increase the risk of developing coronary heart disease by giving you high blood pressure and high cholesterol. You’re also at more risk if you have diabetes and/or are obese or overweight.

The NHS suggests several ways you can reduce your risk of developing coronary heart disease (CHD), such as lowering your blood pressure and cholesterol levels one of which is a healthy, balanced diet as described above.

Some food for thought (yes, pun intended) from the British Heart Foundation:

Poor diet, and therefore obesity, have also been linked to breast and bowel cancer – two of the biggest killers of all cancers.