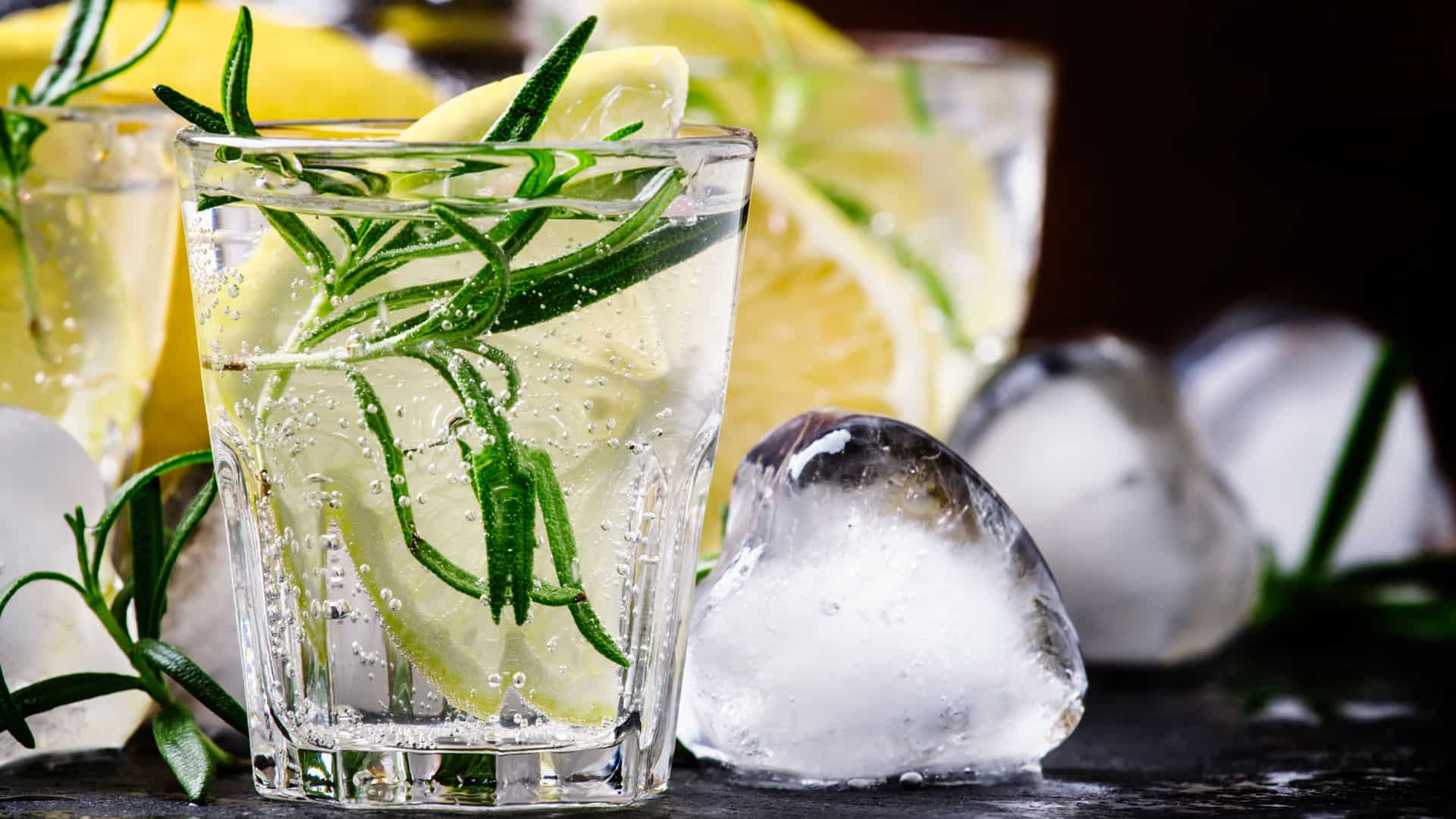 Ginuary is an annual international month-long celebration during the month of January celebrating all there is about bountiful wonders of gin. While many awareness days (or weeks or months) have an official organising body, Ginuary doesn’t. It is simply a chance to discover, experiment, appreciate and enjoy all the pleasures a refreshing glass of gin and a mixer has to offer. With its increasing popularity bars, pubs, restaurants and supermarkets are naturally jumping in to the scene so watch out for all the offers and promotions this Ginuary.

Note: don’t confuse this celebration with World Gin Day. No. This is a whole month of gin for which I’ll certainly be drinking to.

What is Gin and How is it Made?

Gin is a distilled alcoholic drink made from the combination of grain alcohol, juniper and other botanicals. Juniper is the main ingredient which gives it its distinct taste and allows it to be called a gin (more on that below) but both the production method and ingredients determine the flavour. The alcohol must be a neutral taste to let the juniper essence and flavours shine through. Wheat or barley are typically the grains but others can be used.

The word ‘gin’ itself is believed to have derived from the Dutch word jenever. There are dry gins, sweet gins and aged gins but they all contain the flavour of juniper.

Other than the juniper itself gin’s ingredients are known as botanicals. These are simply the herbs, berries and fruits that are combined with the ethanol in the distillation process and absorbed into the liquid or vapour as it’s made.

It is the ability to add so many different and varied botanicals which has made gin so popular and been a catalyst behind so many locally produced varieties.

There are several ways to distil gin but two predominate.

Steeping is a method whereby the ingredients (in this case juniper berries and botanicals) are placed into a special vessel called a still and left to soak in the alcohol for around 48 hours during which time the essences and flavours infuse into the liquid.

This liquid is then re-distilled. After the re-distillation has taken place water is added to reach the correct percentage of alcohol.

In this method the botanicals never come into contact with the grain alcohol but instead are placed into baskets within the still, above the alcohol, and combine with the alcohol as it evaporates. Vapour infusion gives a more subtle flavour.

Difford’s Guide has a good explanation of other gin production methods.

There are strict EU laws governing what can be called a gin.

Bombay Sapphire is one of the most famous gins. Here’s a video from the distillery explaining how it’s made:

Why Has Gin Become So Popular?

Gin has had a bad name. Often nicknamed ‘mother’s ruin’ gin was hugely popular in the 18th century as a cheap and readily available drink keeping the working man warm, hunger at arm’s length, and acted as an escape from the drudgery of life in the slums and workhouses.

The gin obsession was blamed for misery, rising crime, madness, higher death rates and falling birth rates. Gin joints allowed women to drink alongside men for the first time and it is thought this led many women neglecting their children and turning to prostitution, hence gin becoming known as ‘Mother’s ruin’.

By 1730 there were an estimated 7,000 gin shops in London alone with some 10 million gallons of the drink distilled every year but make no mistake, it was very strong drink indeed with few regulations to regulate its quality. So bad did social problems become readers may be familiar with William Hogarth’s Gin Lane pictures depicting a woman carelessly dropping her baby, emaciated people, crime and ruin (in contrast to Beer Street which depicts a happy, prosperous group of people. The 1751 Gin act put paid to that.

How times have changed! Gin is now a popular, trendy drink found readily in bars, pubs, restaurants and supermarkets in a mindboggling variety of flavours.

According to Kantar Research gin has now overtaken whisky as the nation’s favourite spirit. Over a quarter of the population have purchased Gin (including flavoured/gin liqueurs) in the last 12 months, up from just over 10% four years ago. Gin brands have also really succeeded in connecting with younger consumers: four years ago, 43% of 18-24s told said they’d drunken gin, it’s now 55%.

It’s also now one of the products of a typical basket of goods, used when the government calculates inflation.

According to Statista sales of gin grew a massive six-fold between 2010 and 2020 (see below).

Its resurrection is in large part due to the distillery Sipsmith which won a battle with the government (HMRC to be precise) in 2009 which overturned a ruling that forbade gin distilleries from selling small amounts. Borrowing ideas from the US craft beer industry trend they applied it to gin and it opened the flood gates to small, craft distillers.

Its premiumisation has also been a factor. While there have often been popular brands like Gordon’s (who remembers the ad “It’s to be Gordon’s”?) and Beefeater, drinkers can now trade up to Bombay Sapphire and locally made brands.

The popularity of the hipster culture also played it’s part as they enjoyed trying new flavours and independent venues, not the mass produced options most of us go for.

It is also comparatively easy to make meaning craft distilleries can popup with relative ease.

Cocktails have also become increasingly popular and are no longer the reserve of expensive cocktail bars and long summer nights. Cocktails became more popular with the common man and began to be offered in a regular drinks menu. Gin fitted in very well.

Gin is also a versatile drink for the distiller in that it can be infused with a wide variety of fruits and berries to appeal to a wider number of people. Tonic is by far the most popular mixer but almost a third of gin serves are now mixed with something other than tonic, up from 16% four years ago.

According to Kantar Worldpanel, “flavoured gin has been one of the biggest success stories in recent years. Pink gin’s association with growing categories like spritzes and the light, refreshing aperitivo, as well as Prosecco cocktails, has helped to widen the gin category by expanding the occasions upon which gin is consumed and keeping it very much on trend. The penetration of flavoured gin has grown at 160% year-on-year, testament to both the changing tastes of more adventurous consumers but also the influx of craftier gin products on the market. This has been driven by younger shoppers who are attracted by the sweeter taste, a trend reflected across categories as varied as fruit wines, flavoured vodka, and fruit cider.”

Kantar makes more interesting points. We spend less time in pubs and nightclubs, therefore less time drinking beer, and more time in mid-tempo environments, like casual dining venues, where the drinks we are choosing are changing.

It’s also low in calories meaning you can knock a few back in an evening vs having a few beers and putting on the pounds. An average shot has 72 calories.

A 2018 Wine and Sprits Trade Association (WSTA) report revealed there were 361 distillers in the UK.

Statistics are often difficult to source or vary wildly depending on the publication. Gin sales are no different and annual sales and production figures appear to vary.

There is no hiding though the massive rise in popularity of the drink in the past decade.

Sales of gin both worldwide and in the UK have taken off. While its popularity has never disappeared entirely it has returned with a vengeance to the bar scene and domestic drink cupboards across the UK. No longer is it the 1970s drink of aunties getting sloshed (“she’s been on the gin again”). Its resurgence is quite incredible.

According to Statista, worldwide sales have taken off with gin being drunk at home accelerating at a pace ahead of gin being drunk out of home. A total of £11.487bn (yes, that’s billion!) worth of gin is projected to be drunk in 2020 with average revenue per capita growth of 4.7% year-on-year.

And the Brits just love their gin. In 2020 the market volume was estimated as:

Other figures from Wine and Spirit Trade Association (WSTA) in 2018 found Brits bought over 60 million bottles of gin worth over £1.6 billion, up 38% on the same period the previous year.

Whichever figures you choose there’s no doubt year-on-year sales of gin are skyrocketing:

While gin is often accompanied by tonic there are many different ingredients that do equally as well or better. Here’s a video on how to make a gin cocktail at home:

The BBC Good Food Guide first of all suggests:

So, get your laughing gear around these gin cocktails from popular gin distiller Sipsmith (I love the names):

The Corpse Reviver No. 2