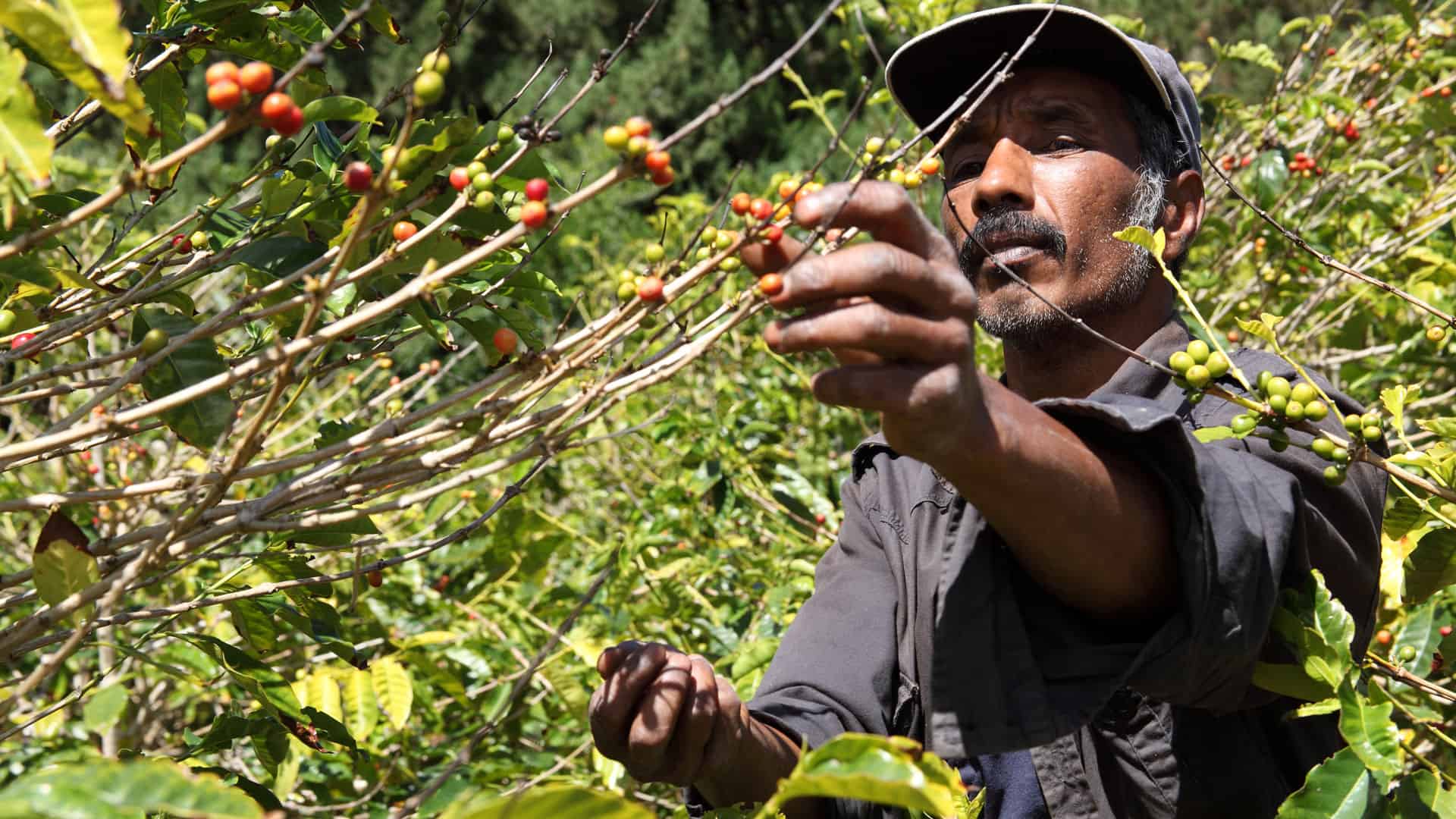 What is Fairtrade Fortnight?

Fairtrade Fortnight is an annual event which began in the UK and spread internationally. It takes place during the last week in February and first week in March. This year it is on Monday-Sunday, 22 February-7 March 2021.

It is a campaign run by the Fairtrade Foundation to increase awareness of Fairtrade products and the people who grow our food, live in some of the poorest countries in the world, and who can be exploited and poorly paid.

The campaign tends to have an annual theme which in 2019 focussed on people – in particular women – who grow cocoa in the chocolate we love so much.

In 2020 they continue this campaign and the “call for cocoa farmers to earn a living income, as well as sharing stories that show the positive impact that only Fairtrade has on the women behind your chocolate bar.”

Fairtrade Fortnight is a highlight of the year when campaigners, businesses, schools and places of worship show their support for the farmers and workers who grow our food in developing countries and promote the concept of fair trade and ethical trading.

What is Fair Trade and How Does it Work?

Fair trade is both a philosophy and practice of ensuring people, especially in developing countries, are paid fairly for the food they produce and labour they provide.

It’s about sustainability and ensuring the poorest people in the world are paid what they deserve.

Paying these higher prices to the farmers and labourers has many knock-on effects such as enabling better healthcare, sanitation, education, providing a higher standard of living, environmental benefits such as the purchase of more efficient methods of cooking and heating, and many, many more.

These improvements in standard of living do not often cost the earth but make a huge difference to people’s welfare.

“Fair trade is grounded in three core beliefs; first, producers have the power to express unity with consumers. Secondly, the world trade practices that currently exist promote the unequal distribution of wealth between nations. Lastly, buying products from producers in developing countries at a fair price is a more efficient way of promoting sustainable development than traditional charity and aid.”

“Fairtrade is about better prices, decent working conditions, local sustainability, and fair terms of trade for farmers and workers in the developing world.

By requiring companies to pay sustainable prices (which must never fall lower than the market price), Fairtrade addresses the injustices of conventional trade, which traditionally discriminates against the poorest, weakest producers. It enables them to improve their position and have more control over their lives.”

It’s about the choices we make on a daily basis, about the purchases we make and our shopping habits. It’s worth a read and there’s a good deal of information.

Indeed, the UK has taken fair trade on board and seems to have grasped it with both hands. Citing Wikipedia:

“… there are 500 Fairtrade towns, 118 universities, over 6,000 churches, and over 4,000 UK schools registered in the Fairtrade Schools Scheme.” [Note: Fairtrade states there are 650 Faitrade towns in the UK]

Yes, there is such a thing! There are over 650 Fairtrade towns in the UK.

Criteria to become a fairtrade town are:

More details can be found here.

Why is Fairtrade Fortnight Important?

Fairtrade Fortnight is important because it draws awareness to inequality, poor working conditions and the plight of many labourers around the world.

Our lives are full of information from what we see on TV and the internet to billboards, advertisements, magazines and the information we consume during our work.

But it’s easy to dismiss much of it and only passively consume it.

Hence a two-week campaign to highlight the issue(s) is, as with every other awareness day, a focal point for marketing and media activity.

Where Can I Buy Fairtrade Products?

The Ethical Superstore has a wide variety of products labelled as Fairtrade, and the Fairtrade Foundation has a list of online sellers.

When you’re out and about look for the Fairtrade logo on the packaging.

Fairtrade has produced interesting facts about the number of people involved or benefiting from the campaign. To summarise, in 2019: