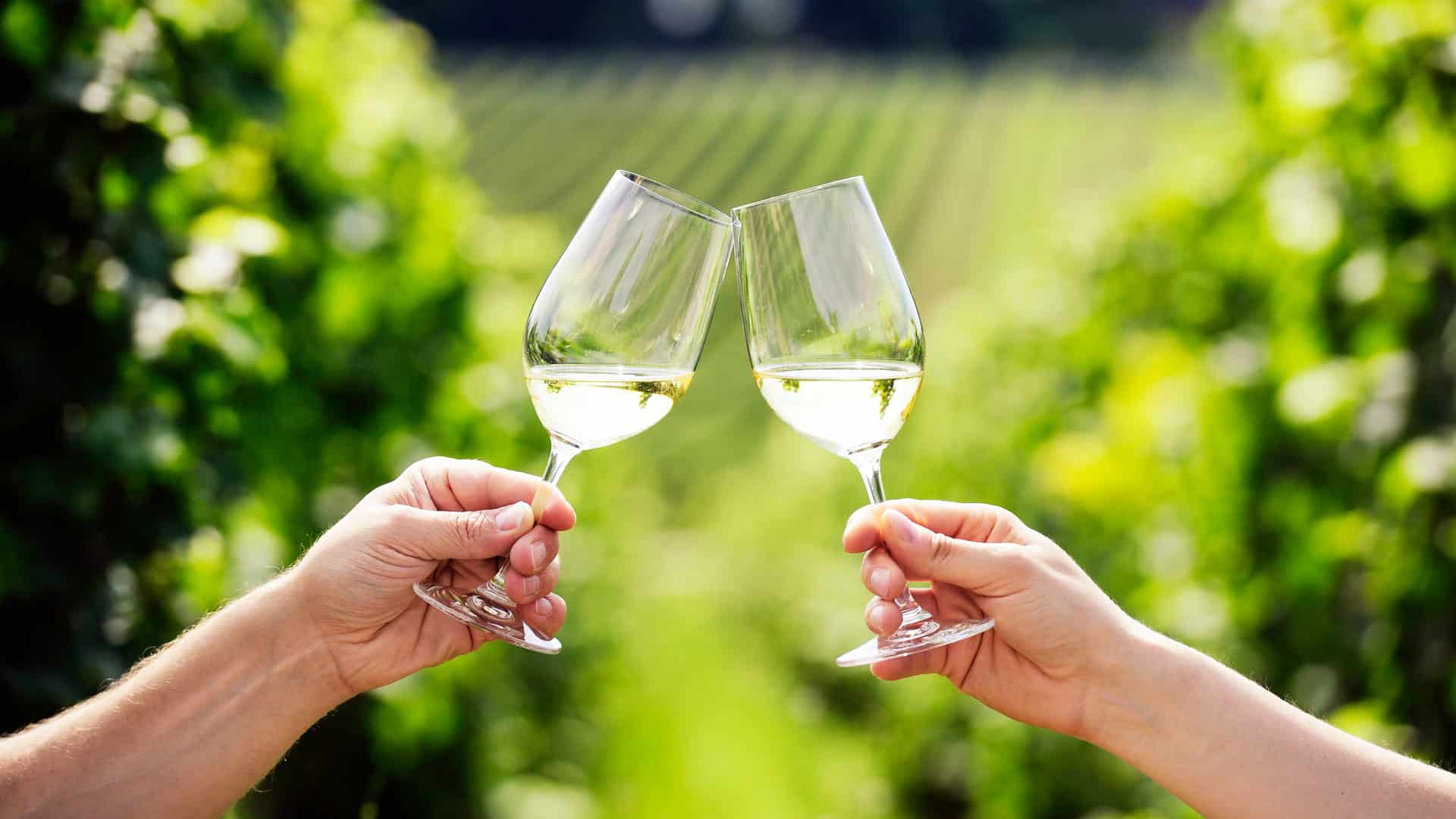 What is National Prosecco Day?

National Prosecco Day is an international celebration on 13th August every year of this wonderful Northern Italian sparkling white wine. Perfect as an apéritif, served chilled on a sunny day or with nibbles as party food Prosecco has become an international favourite for fans of sparkling wines. So, raise a glass everyone and let’s celebrate Prosecco!

Prosecco’s popularity is down to what’s known as its mousse – the soft, airiness of its bubbles. Depending on the producer’s style and amount of residual sugar, alcohol levels can range from 8.5% to 12.5% for fully dry wines.

Its price, the general popularity of sparkling white wines, and its resemblance to Champagne have made it a huge success in the past decade to the extent it overtook Champagne as the most popular ‘sparkler’ in 2015 in the UK (but lost it again in 2019, read below).

Should you be more adventurous and want to visit the region there’s even a local celebration, Vino in Villa, held every year in May.

Prosecco is a sparkling white wine from the Veneto and Friuli Venezia Giulia regions of Northern Italy. The main producing towns are Valdobbiadene and Conegliano.

Predominantly made from the Prosecco grape (which was originally from Slovenia and renamed Glera in 2009 to make room for the protection of “Prosecco” as the name of a geographically-protected wine) but other grapes such as Chardonnay, Pinot Gris and Pinot Noir are also used. Glera should constitute 85% of the grapes used.

It is easy drinking and flavours you might expect are gentle notes of apple, pear, citrus, melon, blossom and sometimes a little honey.

Part of its popularity are its light bubbles produced from the fermentation in large tanks (see below).

There are three styles of Prosecco which The Fizz Company explains well:

“The most popular is spumante which is fully sparkling and the bottle is closed with the same cork as champagne. You will also probably come across frizzante which is a semi sparkling style so the bubbles are gentler and not as long lasting as spumante. The bottle is closed with a normal wine cork. There is also a style of prosecco called tranquillo which has no bubbles!”

Then there are three types: brut, extra dry, and dry – extra dry being the most popular.

Readers may also see Processo accompanied by the letters DOCG or DOC but what do they mean? They are both quality classifications:

A similar labelling is also found on French wines like appellation contrôlée or appellation d’origine contrôlée.

The DOC designation for wines was introduced in early 1963. The regulations for each DOC wine delimit the production area, wine colour, permitted grape varieties and max/min proportions, styles of wine, max/min alcohol levels as well as permitted or mandated viticultural, vinification and maturation techniques. There are 329 different DOC wines in Italy.

The DOCG wine designation was created in 1980 to differentiate the top Italian wines, as there was a general feeling that the DOC status was grated too liberally. The regulations for DOCG wines are tighter and more restrictive. For example, maximum permitted grape yields are lower. Also, each wine must pass an in-depth technical analysis and tasting to receive the official DOCG seal of approval from the Ministry of Agriculture. There are now 74 DOCG wines in Italy.

DOCG is the more superior with each having passed a wine quality tasting panel, while DOC wines must merely be grown and made in accordance with the rules of the appellation.

What Food to Pair with Prosecco?

Prosecco can be drunk on its own as an apéritif or with entrées and nibbles. Some of our top accompaniments are Prosciutto, stuffed mushrooms, creamy sauces, almonds, seafood, fried fare, spicy Asian entrees, and even potato chips or buttered popcorn.

According to Matching food and Wine:

“The key thing to bear in mind is that prosecco is generally sweeter than other sparkling wines especially (confusingly) the ‘extra dry’ style which is best matched with pastries, biscuits, cakes and other sweet things – in other words it’s the perfect wine for a tea party.”

What’s the Difference Between Prosecco and Champagne?

Prosecco is often compared to champagne due to it being a sparkling white wine but for the more discerning there is a difference.

Prosecco is not Champagne and Champagne is not Prosecco. Real Champagne must come from the Champagne region in France. To be labelled Prosecco it must have been produced in the nine provinces which lie in the Veneto and Friuli Venezia Giulia.

Prosecco is made from Glera grapes in Northern Italy while the real Champagne is made from Chardonnay, Pinot Noir and Pinot Meunier grapes.

Generally cheaper than champagne its cost has made it a popular choice for admirers of the bubbly drink.

We’ve all heard of Moet and Chandon or Tattinger as popular Champagne brands but have you heard of many popular Prosecco brands?

The answer may well be “no” as the word ‘Prosecco’ itself seems sufficient to turn anyone into a party animal but why not get your nose into some of these brands as rated by the Standard:

Prosecco doesn’t have to be drunken on its own – though it’s a mighty fine drink – and can in fact be an ingredient of a good cocktail such as a Love Potion, a “One for the Money”, a Blackberry Prosecco Mojito, a Raspberry Fig Punch, a Prosecco Margarita, or a Bakewell Fizz!

So, get you laughing gear around these proper Prosecco perfections:

The sparkling alcoholic drink has been increasingly popular in the UK for the past decade with 2015 marking the year Prosecco overtook Champagne as the nation’s favourite sparkling wine, growing by 163% to the five years up to 2019.

However, in 2019 Champagne regained its position as top dog as the French lowered its price by more than 25%, tastes changed, producers cleaned up their act to make better quality Champagne, and new entrants into the market such as English sparkling wines became more popular.

However, 2019 saw a drop in sparkling wine sales in general (Champagne, Prosecco etc) as younger people either ditched the drink or preferred more trendy tipples, especially gin. Sales of Prosecco were estimated to have dropped by 6% and Champagne by a whopping 34%.

In 2017 the international value of Prosecco sales was: